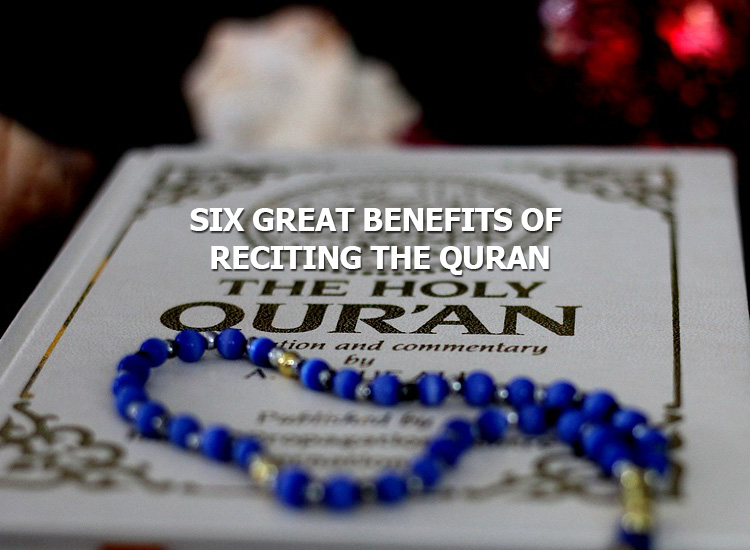 The Prophet (sa) said: “Read the Qur’an, for verily it will come on the Day of Standing as an intercessor for its companions.” [Muslim] On the Day of Reckoning, nothing will be as valuable as intercession allowed by Allah in our favour. Attach yourself to the Quran in this life so that you are saved on the Last Day.

2- Your status in this life depends on the Quran

It is narrated in Sahih Muslim, that some men came to question Umar ibn Al Khattab during his khilaafah about the leadership of Makkah. They asked him, “Who do you use to govern Makkah?” He replied, “Ibn Abzaa.” They asked, “And who is Ibn Abzaa?” Umar replied, “A freed slave from those we freed.” They remarked, “You left a freed slave in charge of the people of the Valley (the noble tribes of the Quraysh)!?!?” So he answered them, “Verily he is a reader of the Book of Allah and is knowledgeable about the obligations of the Muslims. Haven’t you heard the statement of your Messenger: “Verily Allah raises some people by this Book and lowers others by it.”

Do not look for status and respect elsewhere. Allah’s book is sufficient for you.

3 – You will be ranked amongst the best of the people.

The Prophet (sa) said: “The best of you are the ones who learn the Qur’an and teach it to others” [Al-Bukhari]

4- You will be given ten rewards for every letter!

5- You will be in the company of the noble and obedient angels.

‘Aa’ishah (ra) relates that the Prophet (sa) said: “Verily the one who recites the Qur’an beautifully, smoothly, and precisely, he will be in the company of the noble and obedient angels. And as for the one who recites with difficulty, stammering or stumbling through its verses, then he will have twice that reward.” [Al-Bukhari and Muslim]

6 – It will determine the level of Jannah you will get

‘Abdullah ibn ‘Amr ibn Al-’Aas heard the Prophet (sa) saying: “It will be said to the companion of the Qur’an: Read and elevate (through the levels of the Paradise) and beautify your voice as you used to do when you were in the dunya! For verily, your position in the Paradise will be at the last verse you recite!” [Abu Dawood and At-Tirmidhi, Sahih]

Ruhaifa Adil is a mother of four, a practising Muslimah, an avid reader, and a passionate writer. She works primarily as a trainer for mothers and teachers, advocating a multi sensorial, learner-centred approach, which she has learnt through her work as a remedial specialist for children with dyslexia. She is also an author of English textbooks, based on the teachings of the Quran (currently under editing), and creative director of a Tafseer app for kids. Her latest project is Qutor.com, a website that helps connect Quran teachers and students.